Recently I received a new mouse and was looking for a way to configure it for Linux. Mouse – Logitech G102. In most places, Solaar is the recommended software to configure Logitech mice (and other Logitech devices such as keyboards or trackpads) under Linux, but it doesn’t seem to support my G102 because I get an error saying the Logitech receiver is not found.

After some research I discovered that Solaar recognizes all devices connected to your Unifying, Lightspeed or Nano receiver and displays at least some basic information about them. Solaar detects certain Logitech devices connected via USB cable or Bluetooth. So it looks like Solaar is designed primarily for Logitech devices that use a USB receiver.

I only know the profile function from the Piper screenshots available on the project page, because in my case this button is missing (I’m using the latest version of Piper, so it’s probably because the mouse doesn’t support it).

Here are some screenshots with the button and the LED settings: 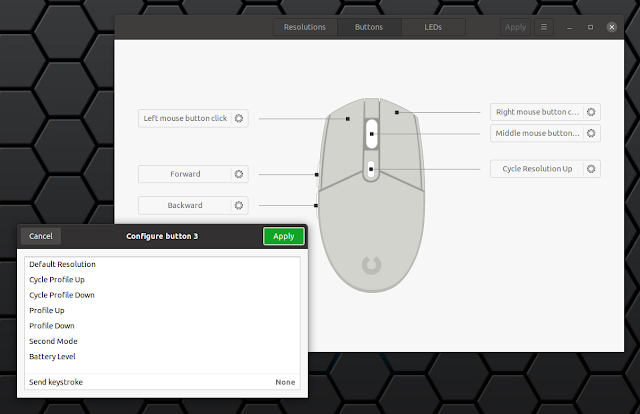 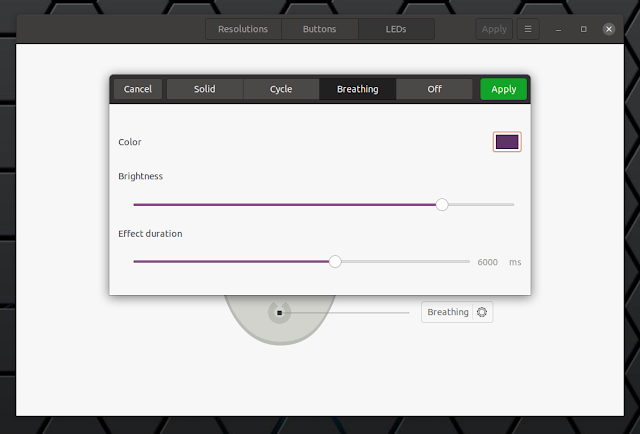 So far, the application has worked well for configuring the Logitech G102 mouse on the Ubuntu 20.10 desktop, but I’ve had a number of complaints. First of all, it doesn’t have an icon in the taskbar, which could be very useful, e.g. to display the current DPI or change profiles (if I could use it).

In addition, Piper never informs you of DPI changes with the mouse buttons assigned to it. In addition, the Piper user interface displays the active DPI incorrectly when changing with the assigned mouse button, even after the application has been restarted.

Installation of the Piper for configuring game mice under Linux

For most Linux distributions the piper should be available in official repositories. Install it with help:

For Ubuntu, Linux Mint and Pop! _OS users also have PPA, which includes Git’s latest Piper and Libatbag, in case you need a newer version than the one available in the repositories. PPA also has packages for older versions of Ubuntu, such as 18.04 (Bionic).

I can’t list all distributions of Linux here, so if you use another distribution, look for Piper in the repositories and install it from there.

Piper is also available to install Flathub, and from there you can install it on most Linux distributions. If Piper / libratbag has only recently added support for your mouse (see the list of supported mice), and you are using an older version of Piper / libratbag, install the Piper Flahub package.

To install Flathub’s Piper, you must install Flatpak and add the Flathub repository. Instructions can be found on the Flathub quick install page. You only need to configure Flatpak and Flathub once. You can then use the extensive application database it provides for installation with little effort.

You can also use this command to install Piper from Flathub on Linux:

The General Data Protection Regulation (GDPR) entered into force in the EU in May 2018 to better protect individuals when companies use their data. But the COVID 19 pandemic caused new problems, including compliance in Read more… 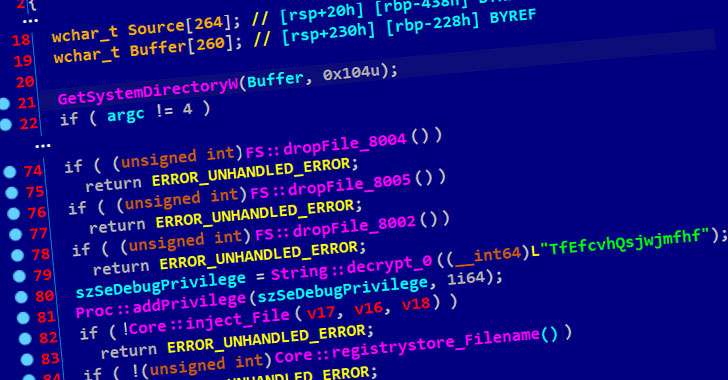